skip to main | skip to sidebar

Hate in the Name of Love: Who's the Terrorist Now? 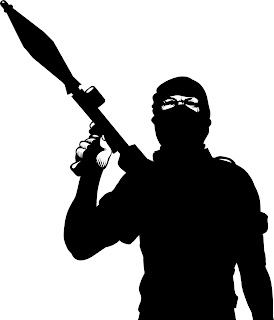 On Sunday, September 13, 2015, while stopping to eat during a “typical adventure trip through the White Desert,” in Egypt, a group of Mexican tourists were gunned down by an Egyptian Apache helicopter.  At least two people were killed while many more were wounded.  Despite their Egyptian police escorts and valid permits to be on the trail, these innocent tourists were mistaken for terrorists and attacked (Thomas,Kirkpatrick, Malsin, & Malkin, 2015).

This brief summary of an article from the New York Times is an example that I wish to use to begin to describe and differentiate between the interpretative stances of a hermeneutics of suspicion and a hermeneutics of love.  Although brief in description, there are many elements I believe that this mistaken, and not so rare, killing of civilians in the name of “justice” might reveal to us about the dangers inherent in interpreting through a hermeneutic of suspicion, as well as the potentiality for an increased openness, understanding, and empathy towards others in shifting to an interpretative stance of love.

In Borne Forward Ceaselessly Into Love: A Theory of the Hermeneutics of Love Exemplified by Martin Luther King Jr., Jennifer Selig utilizes the teachings of Martin Luther King Jr. to both depict a practice and describe a theory of a hermeneutics of love.  Selig states her loose definition of a hermeneutics of love, “as a way of interpreting experiences and people…with love, through love, and for love” (Selig, pg. 2, 2015).  She presents how King interprets with, through, and for love utilizing the definition of agape love as used by the Greeks.  As cited in Selig (2015), King explains this form of love as it was understood by the Greeks in his sermon “Loving Your Enemies”.

The Greek language comes out with another word for love.  It is the word agape.  And agape is more than eros; agape is more than philia; agape is something of the understanding, creative, redemptive goodwill for all men.  It is a love that seeks nothing in return.  It is an overflowing love; it’s what theologians would call the love of God working in the lives of men.  And when you rise to love on this level, you begin to love men, not because they are likeable, but because God loves them.  You look at every man, and you love him because you know God loves him.  And he might be the worst person you’ve ever seen (pg. 7).

Agape for the Greeks and for King was seen as an abundant and deep caring for human beings that went far beyond likeability or tolerance for others.  This is the kind of love through which King interpreted the acts of hate and persecution he received from others, and it is this agape love that is seen as the foundation of interpretation through a hermeneutics of love.  In her article, Selig goes on to break down each of the three facets of this type of love that, for King, made this the most vital and effective route to transformation, both for the individual and for society as a whole.

In Brent Robbins’ article, The Heart of Humanistic Psychology: Human Dignity Disclosed Through aHermeneutic of Love, an interpretive stance of agape love emerges from the understanding and belief that human beings have a kind of preciousness and dignity that differentiates them from objects or things in the world (p. 2-3).  It is this notion of dignity that is the ontological basis for humanistic psychology as a hermeneutic of love (p. 7).  To describe what determines one to have dignity, Robbins (2015) uses the work of Immanuel Kant and presents a paradoxical understanding of dignity in that it is the fact that human beings are finite beings, mortal beings whose worth has no equivalent match, which gives them infinite worth.  And it is in this “pricelessness” that therein lies one’s dignity (p. 5).

With an epistemology grounded in phenomenology, the understanding of dignity in humanistic psychology stems from the understanding that human beings bring something unique and specific to their experiences through the ways in which they make meaning from their experiences (p. 7).  Through recognition as beings with intrinsic worth, humanistic psychology, according to Robbins (2015), has an ethical obligation to preserve and protect the basic human rights of all human beings (p. 7).

This event that took place in Egypt last month demonstrates the lack of a hermeneutics of love in the interpretation of the situation that ironically and tragically results in the killing and wounding of innocent civilians.  The impulsive way in which this attack was carried out by the Egyptian military alludes to a “shoot now, ask questions later attitude” that, when dealing with terrorists, seems to be the appropriate and widely accepted stance to take in the evermore present “War on Terror”.  In this instance it may be argued that those who carried out the attack were operating more from a hermeneutics of suspicion, seeing through a “mood of fear” (Robbins, 2015, p. 9), than from one of love, that sees with the eyes of “charity, empathy, and openness” (p. 9).

In Hunting Terrorists: A Look at the Psychopathology of Terror, Joe Navarro presents an outline of what distinguishes the mind of a terrorist from those of others.  One of the qualities on which he focuses is passionate hatred that, when present, dehumanizes and devalues others to such a great degree that their dignity and worth as human beings is no longer seen (2013, p. 55).  “Passionate hatred blinds the terrorist, shunting logic; that can lead to risk-taking, making mistakes, and exposing others, including the innocent, to unnecessary danger” (p. 57).

He continues to explain these characteristics of terrorists, reducing them down to comorbid psychopathologies of terror.  Much as cognitive-behaviorists might, these people are no longer identified as individual human beings, but categorized by their symptoms and seen as a kind of tumor that, “…we must surgically target…” (p. 112).  Navarro uses an intentional stance of cognitive psychology where he presents these characteristics to describe the cognitive framework of a terrorist through which the actions of terrorism are explained as a means to reach the end goal (Widdershoven, 1999, p. 246).  From an interpretative stance of a hermeneutics of suspicion, Navarro informs his readers of how to uncover a potential terrorist in their midst and expresses that it is only through an understanding of the psychopathology of terror that terrorists can be successfully “hunted” (p. 113).  Throughout this book he creates a totality of the terrorist.  Providing a specific list of symptoms and reducing human beings, who may or may not exhibit these symptoms, to the overarching term terrorist and in doing this he, according to McInerney (2015), “assaults the dignity” of those others much in the same way that the terrorists, which whom he is against, do to those they attack (p. 10).

One might argue that the finitude of the “terrorist” is not taken at the same level as any other “innocent” human being.  Their human dignity is no longer recognized when operating from a hermeneutics of suspicion.  The Egyptian military thought they were protecting their country in shooting down these “terrorists”, but in this act, in this mistake, they themselves became the terrorists.  In agreement with how Navarro (2013) describes what passionate hatred does to an individual, Selig (2015) presents Martin Luther King’s opinion on how hate distorts one’s vision so much so that one will behave in “irrational” ways and if not remedied, the hate will become all-consuming to the very personality of the hater (p. 9).  This example speaks to exactly the reasons that Martin Luther King practiced and preached the propagation of nonviolence.

The Beloved Community, as discussed by both Selig (2015) and Robbins (2015) was Martin Luther King’s vision for a peaceful society- his idea of a “heaven on earth”, and it was towards this end that King structured his social activist movement with agape at its center.  “For King, agape was the cure for individual and social pathology; the key to individual and social redemption and transformation; and the necessary power and principle to enact the coming cultural and worldwide revolution—agape coupled with nonviolent resistance” (Selig, 2015, p. 11).  With the nonviolent ideas of Gandhi paired with his personal Christian ontology inspiring him, King was convinced and certain that this beloved community could and would only be achieved through nonviolent means that were congruent with the community he endeavored to create (p. 11).

For Robbins (2015), humanistic psychology is the vehicle through which psychologists can do their part in creating King’s Beloved Community (p. 8).  Unlike the implementation of a hermeneutics of suspicion utilized by Freudian psychoanalysts, which seeks to “demystify” and see past the “illusions” that are concealing the “real meanings of symbols” (Itao, 2010, p. 4).  Psychotherapy grounded in a hermeneutics of love or faith, as Itao (2010) describes in Paul Ricoeur’s Hermeneutics of Symbols: A Critical Dialectic of Suspicion and Faith, employs a hermeneutic centered on “… the belief that the symbol which calls for interpretation is saying something truthful, meaningful, and worthwhile” (p. 8).  This stance, according to Robbins (2015), is an essential and determining element of humanistic psychology (p. 9).

This recent tragedy in Egypt is an extreme example of what a world operating from a hermeneutics of suspicion looks like, but through it one might gain a deeper understanding for what nonviolent social activists like Martin Luther King and Gandhi taught and propagated through their actions.  When one fights hatred with hatred, there is only a society of hatred to be found.  But through the stance of love, a stance that accepts human beings as they are and therefore, allows an opening for perhaps the mutual recognition of dignity that might call each party to employ an ethical caring toward one another (Robbins, 2015, p. 7).  This may eventually bring about a kind of therapeutic transformation when enacted on personal, societal, and worldwide levels.